Now, just like WhatsApp calling, you can call people from Gmail as well. Google Chat in Gmail will now let you do one-on-one audio and video calls. Google recently announced this update through a blog post. The company has bought the update for Android and iOS users and the calls/messages will only be functional for one-on-one chats.

You will be able to see any missed calls, ongoing calls in the chat roster of Gmail. This update was initially announced in September, the users who have enabled Google Chat in Gmail will be able to see phone and video buttons on the top right corner of a 1:1 chat. 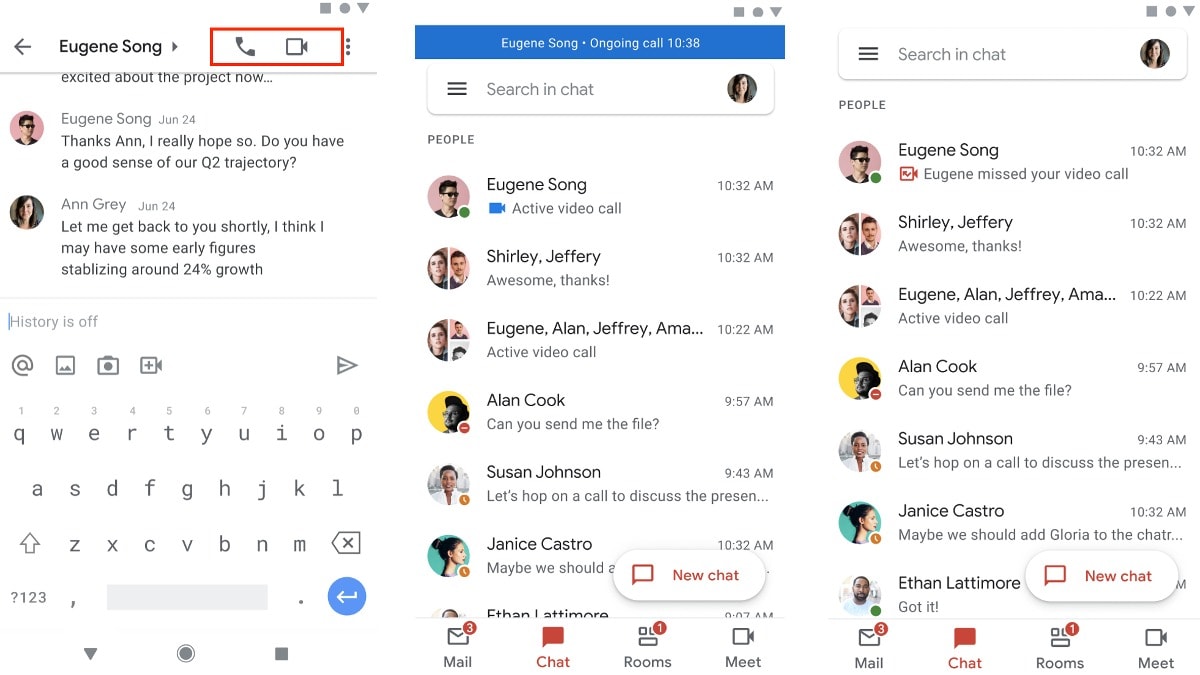 Gmail will notify you about an ongoing call with a blue banner which will appear right at the top of the screen. It will have the name of the person and the duration. Similarly, it will show the missed calls with a red phone or video icon.

This new update is rolling out for all personal Google accounts and business accounts like Google Workspace, G Suite Basic and Business customers. To use this feature, both receiver and caller must have their Gmail apps updated.

Google said in their blog post that they want employees to work smoothly from home or office. They also added that this feature will allow users to chat and call simultaneously which will help employees to collaborate and communicate better.

The calling feature on Gmail comes from its transition from Hangouts to Google Chats. Previously it was meant for Google Workspace but now it will be available to regular users as Google Hangouts is going to see its last day.

With Gmail introducing the call and video call feature, it will be similar to Meta’s (previously facebook) other social media apps like Facebook Messenger, Instagram, WhatsApp where audio calls and video calls are possible.

This feature will be useful for people who rely on Gmail for most of their office work. In the past few years, Gmail has been revamped making it more convenient and professional.